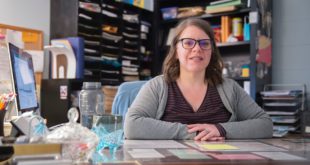 Schneider finds where she belongs in public relations

If you study communication at SIU there is a good chance that you have had a class taught by Josh Houston. Mr. Houston, who also goes by Josh, has been a teacher here at Southern for 20 years. Originally from Granite City, Illinois, Josh decided to pursue a degree in communication as “talking” was something he was told he was good at. The seeds for the idea of becoming a teacher stem from his time in graduate school as a Teachers’ Assistant.

Mr. Houston has been working professionally in the field of public relations and communications since 1998. Josh worked a multitude of jobs related to sports and athletics, that being another one of his passions. Josh came to SIU in 2001 as a teacher and fell in love with the city of Carbondale as well as SIU.

Josh decided to stay as a teacher at Southern as he loved the work he was doing. Mr. Houston said that he loved being a teacher because it meant he was able to help people and have an impact on their lives. Josh said that if you look at teaching and public relations, they are actually quite similar. That when teaching you have to talk to a group, prepare presentations, and get people interested in what you are trying to give to them. This desire for teaching and knowledge of communications shows, if you ask any student who has taken one of his classes, they only have good things to say about them.

SIU alumni have been quoted on their admiration of Josh Houston saying, “Josh was more than a teacher, he was a mentor. He cared about us and wanted us to succeed,” said Patrick Codo. Jack White was quoted saying, “Josh was one of my favorite teachers throughout college. He never let us have a dull day.” This shows that just by the way in which Mr. Houston carries himself in class and his genuineness really does have an effect on how a student feels about a class. The lessons that he teaches in his classes about communications and public relations have also managed to stick with students.

Meadow Ryann said, “Almost a year after graduating, some of the things I learned from Mr. Houston in his interviewing class has been some of the most useful when applying and interviewing for jobs and graduate school.” Hunter Jackson also said, “I took his (class in) PR in sports and Small Group Communication and not only felt more skilled after finishing but felt he personally cared about us.”

Josh Houston is more than a teacher, he is, as Patrick put it, a mentor. He is someone students look to for advice on communications-related matters because they know he cares about each and every one of his students that enter his classroom. It shows in the way he communicates, the different styles in which he teaches, and his ability to get engagement out of his students. That is why Josh Houston is one of the most admired teachers here at SIU. 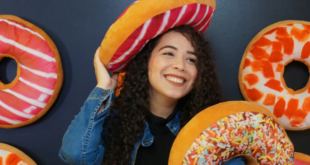 PRSSA is so lucky this year to have Scarlett Rodriguez as our Graduate Assistant! She …